Basics of STAAD – Pro Software for Structural Analysis and Design 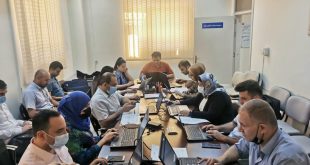 The Process of Assessing the Academic Staff Activities(CAD) 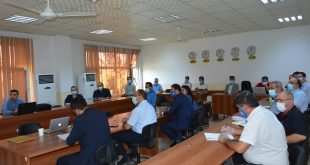 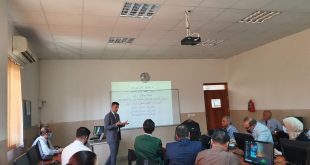 The Department of Architectural Engineering has held a workshop entitled “Basics of STAAD – Pro Software for Structural Analysis and Design” which was presented by Asst. Prof. Dr. Maher Bahnam Al Samaani on 14th, 16th, and 18th of April 2019 in Cihan University-Erbil.
The workshop explained the STAAD or (STAAD. Pro) is a Structural Analysis and Design computer program originally developed by Research Engineers International at Yorba Linda, CA in the year 1997. In late 2005, Research Engineers International was bought by Bentley Systems. An older version called Staad-III for windows is used by Iowa State University for educational purposes for civil and Structural Engineers. Initially, it was used for DOS-Window system.
In the first lecture of this workshop, an introduction to the STAAD-Pro software will be presented with one-dimensional exexampleBeams modeling and analysis and home works). In the second lecture, two-dimensional examples (Frame modeling and analysis) will be given with home works. At the third lecture, a three-dimensional example (3D Building Modeling and Analysis) will be given with homework.
Keywords: structure, design, concrete, software, analysis
Time: 12:00 – 2:00 pm
Date: 14th, 16th, and 18th of April 2019
The number of attendance:
Sunday 14th of April (32)
Tuesday 16th of April (23)
Thursday 18th of April (17)
Place: Department of Architectural Engineering, Cihan University-Erbil 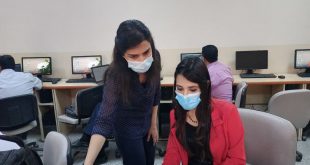